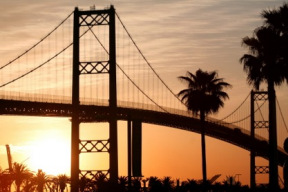 Los Angeles, with an estimated population close to 4 million is the largest city in the state of California.

Following New York City, LA is the second largest city in the USA and is home to many of the world's celebrities, Hollywood movies, television studios and music labels.

Arts and Culture of LA

Los Angeles is the most important site for movie, television and music production in the US. This has drawn not only actors, but also writers, composers, artists, and other creative individuals to the area.

Nightlife in Los Angeles offers a well oiled, diverse mix of bars and clubs. Get whisked into the night at a popular celebrity filled venue, posh bar, hip-hop or indie hipster club. The nightlife scene of LA is ever-changing therefore most hot spots in Los Angeles are short-lived.

Things to Do and See in LA

Located in and around Los Angeles are many theme parks including Disneyland, Six Flags Magic Mountain and Universal Studios Hollywood. All Los Angeles theme parks are packed with extreme roller coasters, fun rides, shopping and many more entertainment options.

One theme park not to forget on your trip to Los Angeles is Knotts Berry Farm. It's America's first, themed amusement park!

Take a walk down the Hollywood Walk of Fame or visit the famous Grauman's Chinese Theatre in the heart of Hollywood, Los Angeles. More than 4 million visitors from around the world visit Grauman's Chinese Theatre each year and for tourists lucky enough to be in Los Angeles during a movie premiere, visitors might be able to catch a glimse of their favourite celebrity.

One of the favourite past times of Angelenos (Los Angeles locals) is shopping. What better place to shop than Rodeo Drive? Walk along the wide sidewalks and awe at the beautiful store fronts and window displays.