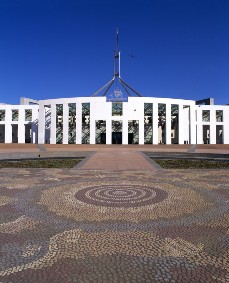 Canberra is a young capital - a planned city like many other capitals in the world. American architect Walter Burley Griffin designed the city after winning an international architectural competition in 1912. The spirit of his original design, which celebrates Canberra's natural environment, is still evident as the city grows.

Canberra is sometimes referred to as the bush capital because pockets of bushland reserve extend almost to the city centre and over half of the Australian Capital Territory, within which Canberra lays, is classified as national park or nature reserve.

Compare and book cheap airfares, accommodation and car hire in Canberra at Webjet.